Top seed Stefanos Tsitsipas and Grigor Dimitrov will meet in a first-round blockbuster at the Erste Bank Open, it was revealed at the ATP 500’s draw ceremony on Saturday. Tsitsipas fell to the Bulgarian in three sets in the second round in Vienna last year on his main draw debut at the event. The pair are level at 1-1 in their ATP Head2Head series, with the Greek winning their other meeting at Roland Garros in 2020. The World No. 3 could face Argentine Diego Schwartzman in the quarter-finals, who faces a stiff test in his opening match against Fabio Fognini. Schwartzman has fond memories...more in Vienna, having reached the final in 2019. View Vienna Draw With the FedEx ATP Race To Turin heating up, ninth-placed (2,955 points) Hubert Hurkacz will look to continue his bid to qualify for the Nitto ATP Finals, starting against former World No. 1 Andy Murray. Hurkacz leads the Scot 2-0 in their ATP Head2Head series, recently defeating the wild card in Cincinnati and Metz. The winner could face #NextGenATP Spaniard Carlos Alcaraz in the second round, with the Umag champion beginning against last year’s semi-finalist Daniel Evans. [FOLLOW ACTION] Norway’s Casper Ruud is seventh in the FedEx ATP Race To Turin (3,015) and will face South African Lloyd Harris in the first round. Ruud, who is the fourth seed in Vienna, leads Harris 2-0 in their ATP Head2Head series, overcoming the World No. 32 in Indian Wells earlier this month. The 22-year-old is seeded to face fellow Turin contender Jannik Sinner in the quarter-finals. The Italian, who is 11th (2,745), opens against Toronto finalist Reilly Opelka in what will be their first meeting. Second seed Alexander Zverev will begin his tournament against Filip Krajinovic and third-seeded Italian Matteo Berrettini will play a qualifier. Indian Wells champion Cameron Norrie starts against Hungarian Marton Fucsovics, while sixth seed Felix Auger-Aliassime faces Ricardas Berankis.
どうでもいいね! 0   へぇ～ 0   ウザっ 0 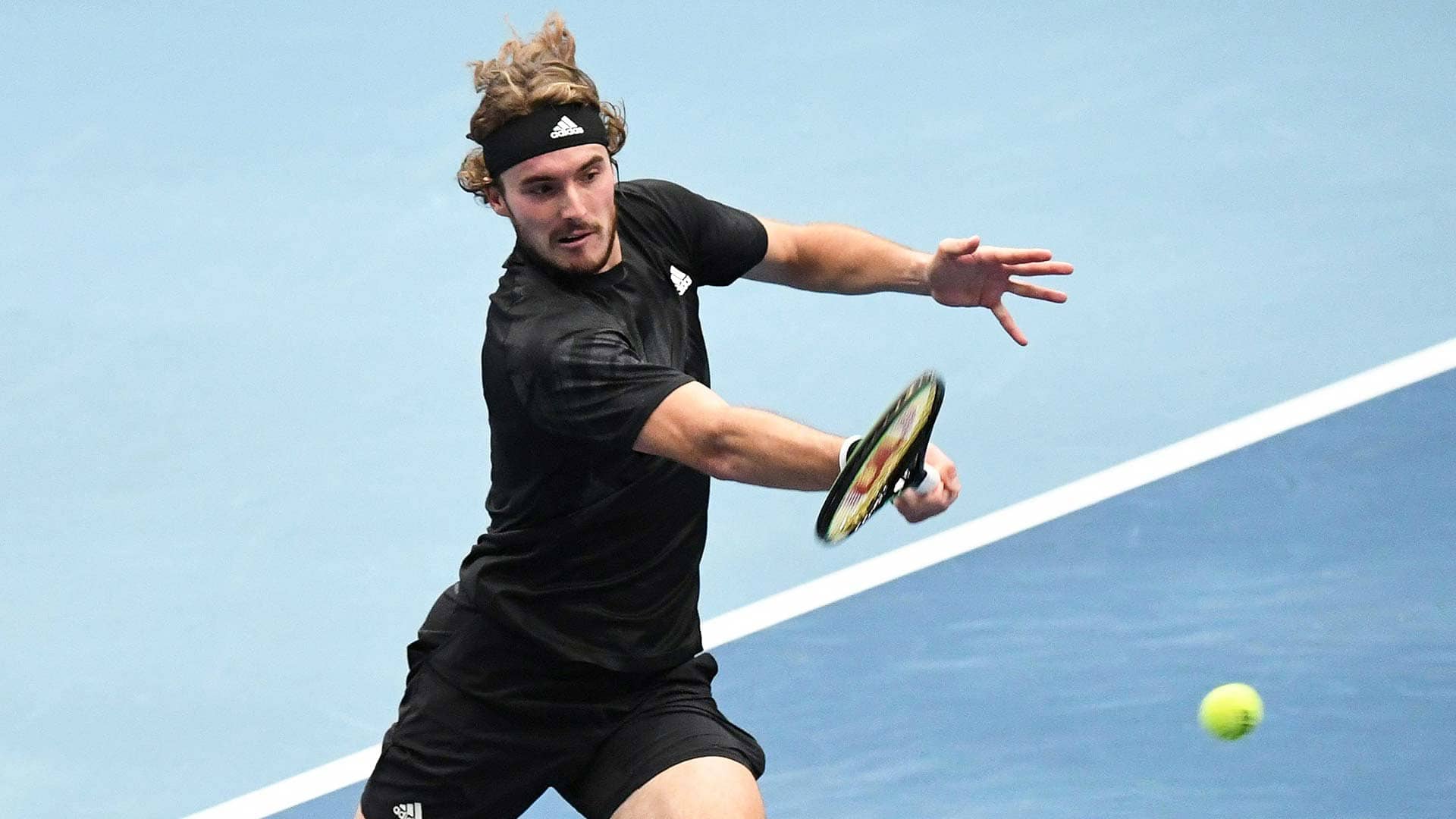 PARIS: Paris St Germain's Neymar has recovered from a groin injury and could be reunited with Lionel Messi and Kylian Mbappe in attack against bitter rivals Olympique de Marseille on Sunday (Oct 24).The Brazil forward, who missed PSG's 3-2 Champions League home win over RB Leipzig on Tuesday, did not feat
どうでもいいね! 0   へぇ～ 0   ウザっ 0 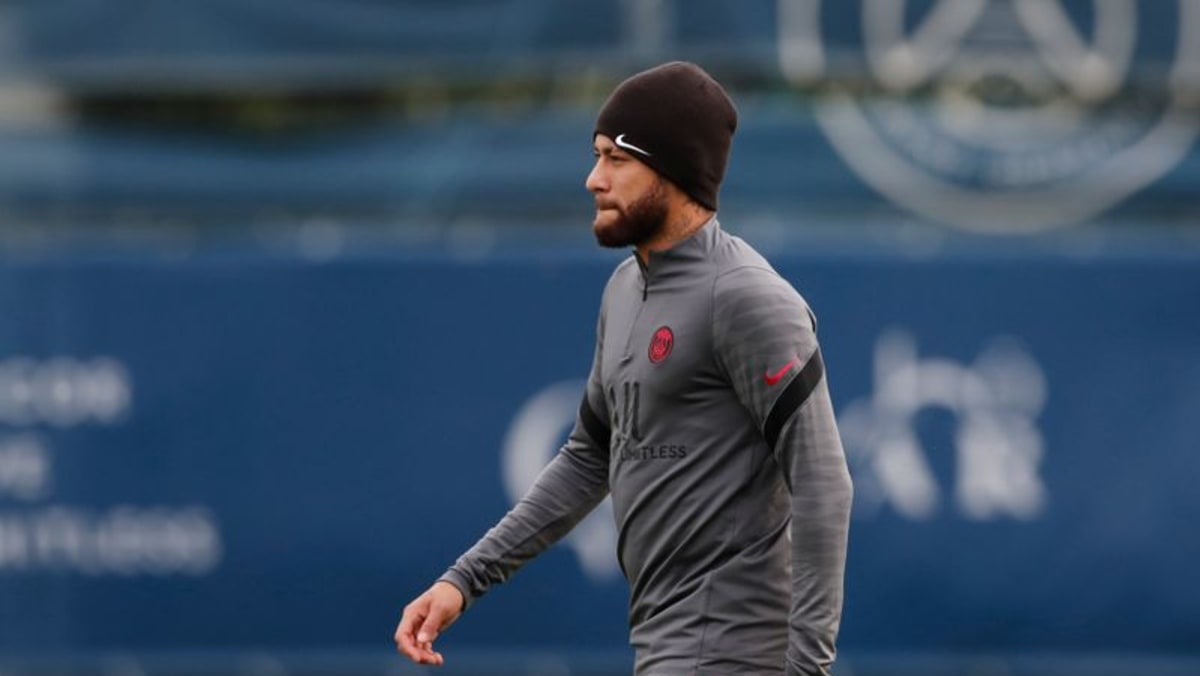 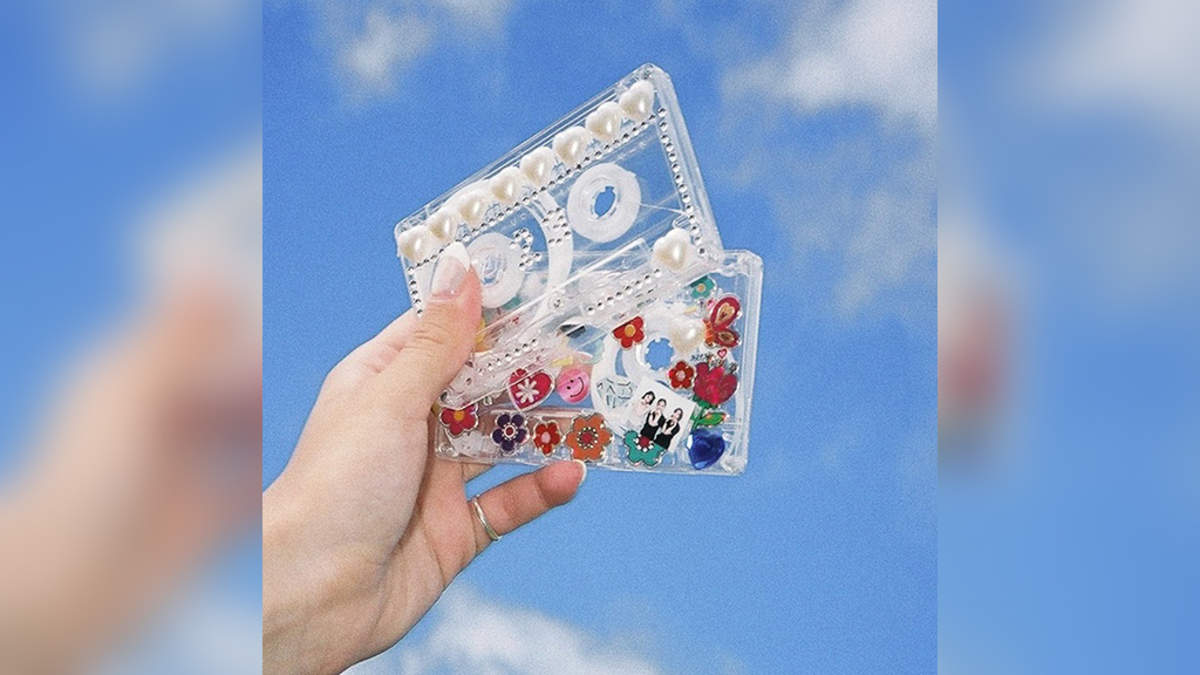 Snowden tells The Belmarsh Tribunal: If you love truth, you're as much of a criminal as Assange and risk sharing his fate - 10月23日(土)09:29

WikiLeaks publisher Julian Assange is a political prisoner and the process against him is a crime against journalism, said a group of academics, politicians, journalists and advocates convened ahead of his extradition hearing. “What we’re witnessing is a murder,” NSA whistleblower Edward Snowden told the ‘Belmarsh Tribunal’ in London on Friday, appearing via video link. “Everywhere we look, from Afghanistan to economics, from pandemic to pervasive surveillance, the obvious has been made unspeakable,” he added, because speaki...moreng up would put one in the same category as Assange, a “political criminal” charged for “the transgression of choosing the wrong side.” Edward Snowden now speaking at the Belmarsh Tribunal pic.twitter.com/1nnHelPhjs— Srećko Horvat (@HorvatSrecko) October 22, 2021 “Do we have any rights, if we don’t defend them?” Snowden said. “Can we be said to be free if even our power to express ourselves, to understand the facts of our world, can be fenced off from us?”  Anyone who loves the truth is a criminal in the same category as Assange in the eyes of the state, and the only difference is that of degree, Snowden argued, and will share his fate. If we’re going to free the world, we have to free Assange. The ‘Belmarsh Tribunal’ set out to turn the tables on Assange’s accusers – the US government, but also the UK that has kept him imprisoned, Sweden for making spurious accusations that drove him to exile in the first place, and Ecuador for revoking his asylum. It was organized by the Progressive International and presided over by Srecko Horvat, the Croatian philosopher who co-founded the European political movement DiEM25 along with former Greek finance minister Yanis Varoufakis, who also spoke on Friday.  Also on rt.com Hypocrisy at its finest: Facebook whistleblowers are feted, while Julian Assange is jailed Snowden was the final speaker in the proceedings, which lasted over 2.5 hours. Fellow whistleblowers Annie Machon (former MI5 officer) and Daniel Ellsberg (known for leaking the ‘Pentagon Papers’), addressed the tribunal as well. Also among the speakers were four Labour MPs, including former party leader Jeremy Corbyn; two parliamentarians from Germany’s Die Linke; a former Australian Greens senator; former president of Ecuador Rafael Correa; and several distinguished journalists, historians and lawyers. Assange is “being persecuted for being a publisher, for being a journalist,” said Machon, pointing to the “absolutely disgusting” fact that he is being denied First Amendment rights by the US even as the same rights are being accorded to Christopher Steele, author of the fraudulent ‘dirty dossier’ accusing former President Donald Trump of ties to Russia. Daniel Ellsberg (Pentagon Papers whisleblower) is making a crucial point now: it was illegal acts and abuses during his investigation that eventually set him free. The JA case is blatantly worse in these regards. #BelmarshTribunal pic.twitter.com/Ot9yuVMfzb— Philip Di Salvo (@philipdisalvo) October 22, 2021 If Assange is extradited, every journalist in the world will have a target on his back, argued Ellsberg, who also tuned in remotely. He was the first American to be prosecuted on the charges now levied against the Wi...
どうでもいいね! 0   へぇ～ 0   ウザっ 0 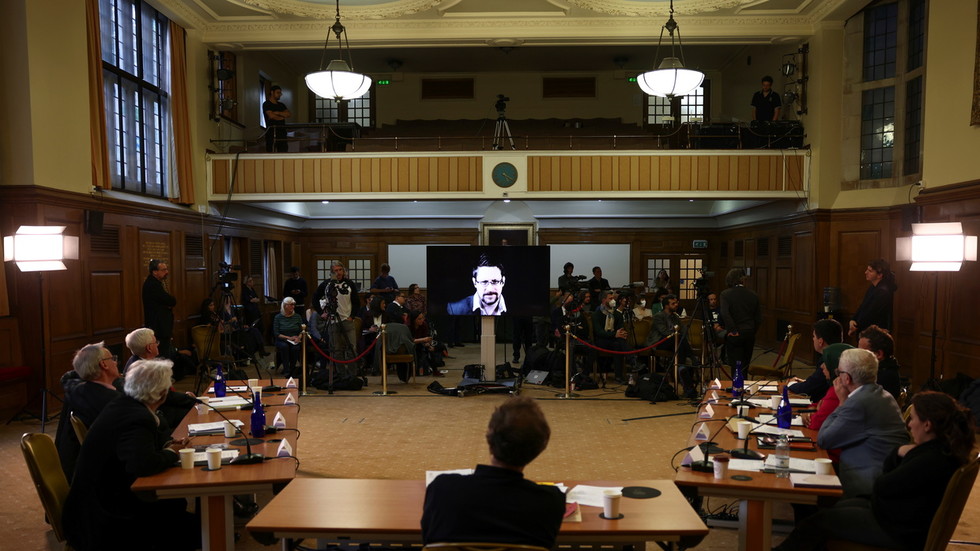 PARIS : Paris St Germain's Neymar has recovered from a groin injury and could be reunited with Lionel Messi and Kylian Mbappe in attack against bitter rivals Olympique de Marseille on Sunday. The Brazil forward, who missed PSG's 3-2 Champions League home win over RB Leipzig on Tuesday, did not feature in
どうでもいいね! 0   へぇ～ 0   ウザっ 0 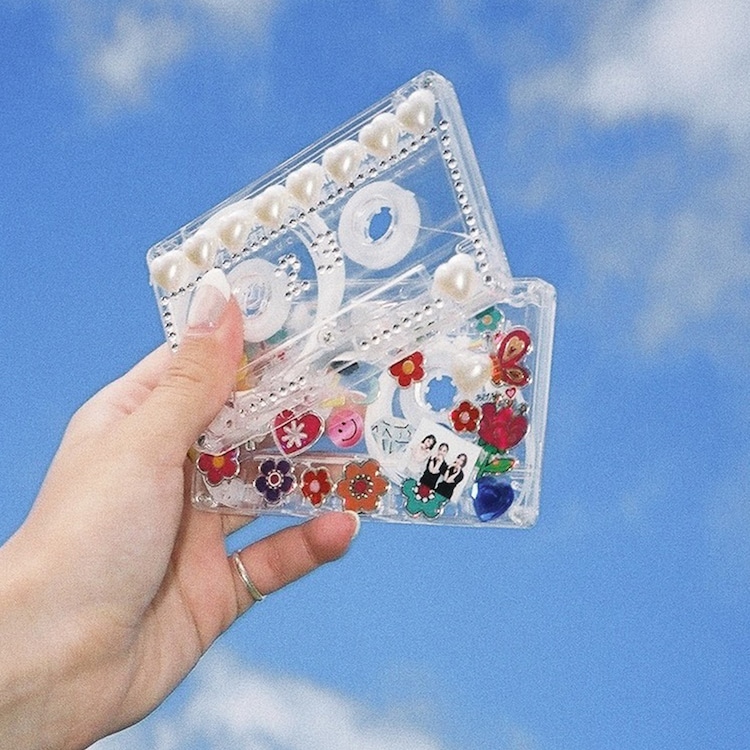 Sure, Hulu's got a great catalogue of current and recent TV hits, not to mention a pretty impressive originals lineup of its own. But sometimes, you're in the mood for something more classic — a feature film that's stood the test of time, say. That's where we come in to help. We've scoured Hulu to find the best old movies from a range of genres, from action-packed Westerns to outrageous comedies, stirring sci-fi, and thrilling crime dramas. Below is our list of the 10 best classic movies on Hulu, listed in order of release. 1. The Furies (1950)Hulu boasts a surprisingly decent selection ...moreof classic Westerns from over the decades, as you'll see on this very list. One to seek out is Anthony Mann's The Furies, a Criterion-approved psychodrama starring Barbara Stanwyck as a strong-willed heiress to a sprawling New Mexico cattle ranch and Walter Huston, in his final role, as her equally strong-willed father. The two lock horns over her choice of a husband and his choice of a wife (yes, Freud would have a field day), and ultimately break entirely over a fatal decision regarding management of the ranch itself. If you like sprawling Western vistas, shadowy film noir style, and epic Shakespearean family drama, The Furies is one to put on your to-watch list. — Angie Han, Former Deputy Entertainment EditorHow to watch: The Furies is streaming on Hulu.2. Shane (1953) Alan Ladd stars in "Shane." Credit: Paramount/Kobal/Shutterstock Shane is a simple Western story at heart: A lone gunman who just wants to settle into a quiet life of retirement finds himself compelled to step up and protect the farming community that embraces him from a villainous cattle baron. But there's depth in the writing here, imbuing that simple format with an unexpected level of emotional complexity and depth. We witness Shane's (Alan Ladd) journey secondhand, through the eyes of a community and in particular a young child named Joey Starrett (Brandon De Wilde), who reveres him. When Rufus Ryker (Emile Meyer) rolls into town intent on taking the local farmland for his cattle, Shane picks up his guns to once more assume the role of outlaw hero. Even if it costs him everything. Beautifully shot and propelled by a rich cast of characters, Shane earns every inch of its status as a Library of Congress-sanctified classic.— Adam Rosenberg, Senior Entertainment ReporterHow to watch: Shane is now streaming on Hulu.3. Johnny Guitar (1954) Joan Crawford as Vienna in Johnny Guitar Credit: Republic / Kobal / Shutterstock Though Nicholas Ray's Johnny Guitar takes its name from the handsome gunslinger (Sterling Hayden) who arrives in town at the start of the movie, this is really the story of his former lover, saloon owner Vienna (Joan Crawford). Having aroused the animosity of a powerful pack of locals led by her bitter rival (Mercedes McCambridge), Vienna is targeted over her (wrongfully) suspected association with a recent killing, lack of evidence be damned. Brimming with heated emotion, rendered in bold Technicolor style, and anchored by a ferocious leading performance from Crawford, Johnny Guitar is a unique Western whose queer undertones and political messaging still feel fresh, even more than half a century later. — Angie Han, Former Deputy Entertainment EditorHow to watch: Johnny Guitar is streaming on Hulu.4. Snoopy Come Home (1972) Charles M. Schulz’s popular comic strip Peanuts comes to life in this charming comedy cartoon. Like any ...
どうでもいいね! 0   へぇ～ 0   ウザっ 0 The US Food and Drug Administration (FDA) has reiterated the risk of heart inflammation in young men following vaccination with Moderna’s Covid-19 jab after a handful of Nordic nations halted its use in this age group. In an announcement released on Wednesday, the body shared that “ongoing analyses from the FDA and the Centers for Disease Control and Prevention (CDC) safety surveillance systems have identified increased risks of inflammatory heart conditions, myocarditis and pericarditis following vaccination with the Moderna COVID-19 vaccine.” As per th...moree statement, this risk has been seen particularly following the second dose, with symptoms appearing a few days after receiving the jab. “The observed risk is higher among males under 40 years of age, particularly males 18 through 24, than among females and older males,” the notice read. Also on rt.com Finland halts Moderna vaccinations for young men over heart inflammation concerns The comments in the FDA press release echo similar concerns from Nordic nations that led to Spikevax, the marketing name for Moderna’s Covid vaccine, to be suspended in some form. Icelandic health authorities announced on October 8 that it will no longer administer Moderna’s mRNA shot due to the risk of rare heart inflammation seen in other Nordic countries. The director of Finland’s National Institution for Health and Welfare, Mika Salminen, said that “A Nordic study involving Finland, Sweden, Norway and Denmark found that men under the age of 30 who received Moderna Spikevax had a slightly higher risk than others of developing myocarditis.” The findings prompted Helsinki to announce that men born in 1991 and after would no longer be given the jab. Also on rt.com US health officials admit unexpected heart problems in teens, but insist mRNA Covid-19 vaccines are SAFE & EFFECTIVE Sweden, just one day prior, froze the use of Spikevax on all of its population under 30, citing an “increased incidence” of heart inflammation diseases, myocarditis and pericarditis. Meanwhile, Norway recommends that men under the age of 30 opt for Pfizer’s jab instead. Concerns over heart inflammation after receiving mRNA jabs from both Pfizer and Moderna, however, are not new. In June, the Advisory Committee on Immunization Practices (ACIP) to the CDC revealed a total of 323 preliminary incidents, of what met the CDC definition of myocarditis or pericarditis, were recorded in Americans under the age of 29. A total of 309 of those were hospitalized. If you like this story, share it with a friend!...
どうでもいいね! 0   へぇ～ 0   ウザっ 0 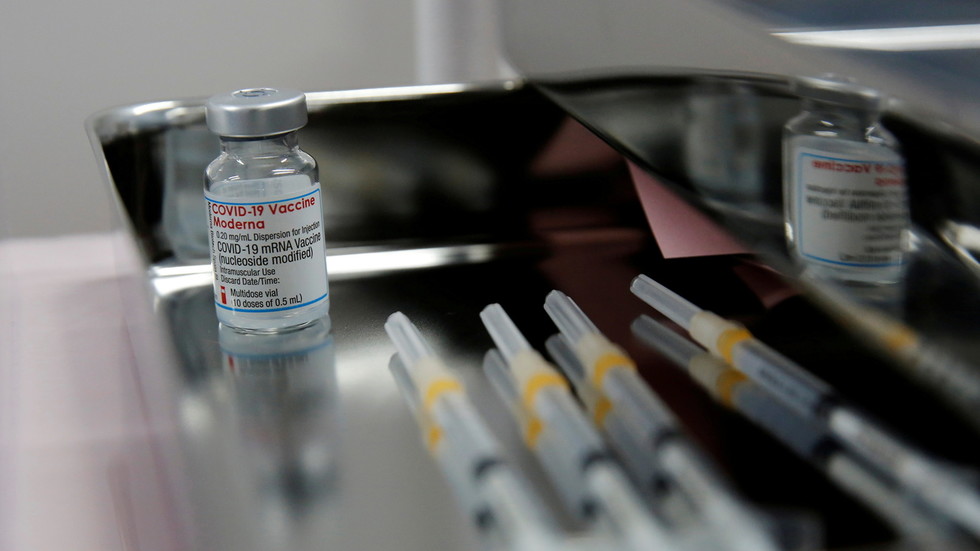